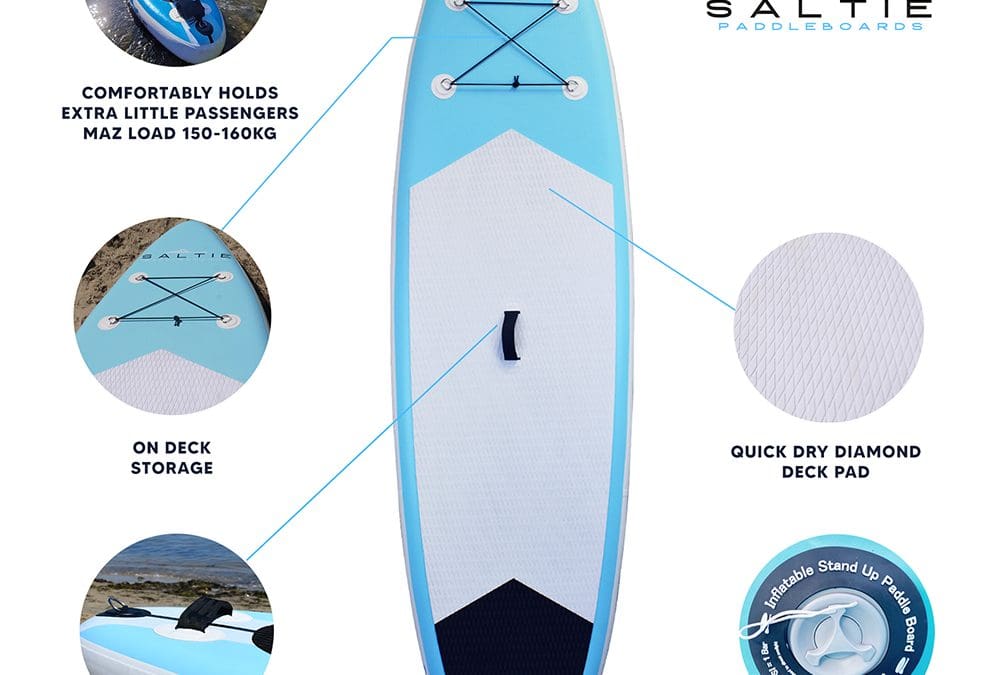 Within this post we’ll discuss the various benefits offered from each type of board to help you decide which board is best for you. Which is the winner? Inflatable paddle board vs solid.

Or, if you want a quick answer our vote goes to inflatable, but, more on why this is below…

First off. What’s the difference? Hard SUPs, or solid stand-up paddleboards, are usually built from materials such as foam, fiberglass, Kevlar, plastics and wood, and protected with coats of epoxy resin. The foam core creates buoyancy, the layers of fiberglass, Kevlar or bamboo veneer create durability and keep the board rigid, while the epoxy finish ensures the board is solid and water tight.

iSUP’s are made of PVC, with the main difference between them being the drop stitch. There are multiple different ways in which paddle boards can be made, our Inflatable SUP’s are made of laminated double layer construction, this is where a second layer of PVC is laminated onto the single skin.

Read more about how our inflatable paddle boards are made here.

Inflatable SUPs are far easier to transport and store

We’re starting off with a fairly obvious one, but it is still such an important factor when it comes to choosing which SUP you are going to purchase. Because, as much as you love paddle boarding, let’s face it, it’s going to spend more of its time in storage than out on the water. So, ensuring that you have enough room to store it correctly without it overtaking your lounge or getting damaged amongst the tools is something which is really important to consider. Inflatable SUPs also come with the added benefit of

Each time you drop or run your hard SUP into a rock (trust us, it happens) it’s likely to scratch and potentially break your board, where as an inflatable SUP’s are made from military grade materials that are not subject to the vulnerabilities that hard boards are, plus if they do get damaged they are far easier and cheaper to repair.

Inflatable SUP’s hurt *a lot* less to fall on

Hard SUP’s are… wait for it… hard. Revelation of the century, we know. But, whilst it may be obvious, it’s definitely something to consider especially if you’re a newbie border. An inflatable paddle board is much easier on the body of the rider and anybody else the board might accidently come into contact with.

Inflatable boards can be checked in on an airplane for travel

If you’re looking at venturing a bit further for your staycation this year then inflatable SUP’s come with the added benefit that they can be packed away into their bag and taken on a plane.

Once you arrive at your destination you then have to pump your paddle board up, which unless you have an electric pump, can be quite the workout, whereas with a hard board once you arrive, you’re good to go!

iSUP are much lighter

An inflatable SUP generally weighs around 17-22lbs whereas a hard board weighs, on average 30lbs, making an inflatable paddle board a lot lighter and therefore easier to transport than a hard board.

If forced to choose, then inflatable boards don’t perform quite so well in choppy waters as they’re not quite as sturdy as hard boards. So, depending on where you plan on using your SUP, this might factor into which one you purchase. However, if you do opt for an Inflatable over hard SUP then don’t panic, your board will still be sturdy enough to withstand even some of the choppiest waters.

So, who won the inflatable vs solid sup debate? In our opinion, yes. For the durability and ease of transportation we would opt for an inflatable board every time. But, of course it’s down to you and what you will be using your board for.